Becoming a member of BAFA is being part of an active professional network. BAFA is the most prominent organization of the American diaspora and Bosnian-Americans in Bosnia. It’s a membership-based community whose mission is to enhance human and social capital in both countries through the promotion of volunteerism, diversity, and responsibility 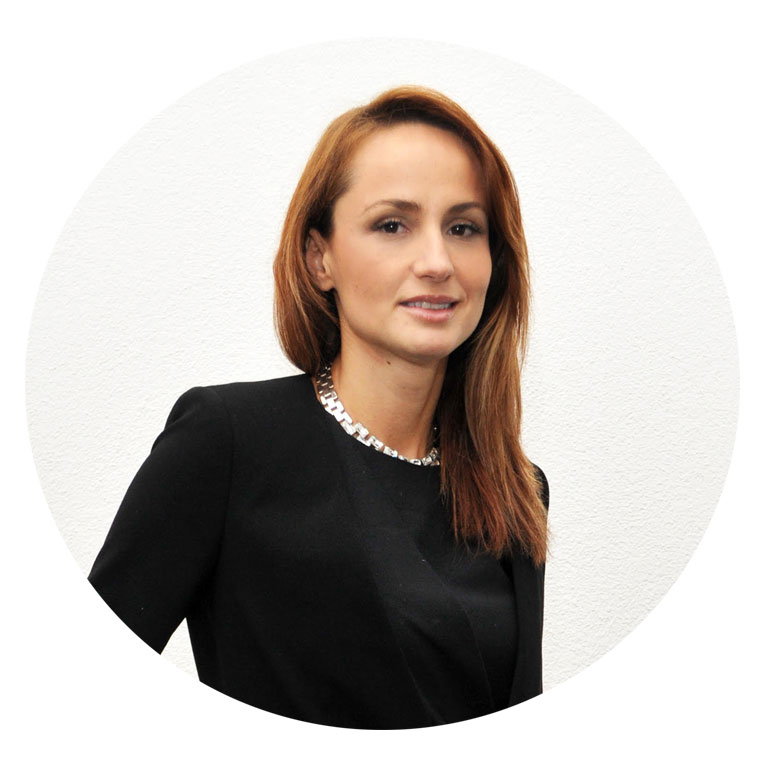 Maša Čampara began her career in online advertising in New York City, with companies such as iVillage, NBC, MediaCom, and Optimedia where she worked for world-famous brands such as Lancome, Cartier, Staples, and Sanofi. 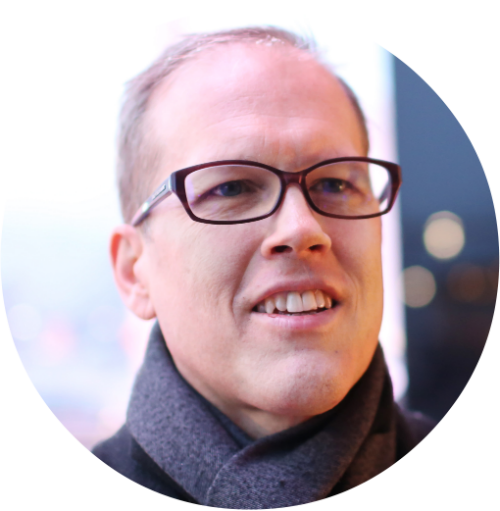 Randall Puljek-Shank, Ph.D is a political scientist and peacebuilding practitoiner.  His research on  “Legitimacy and Civic Agency of Civil Society Actors in Bosnia-Herzegovina” has been published in the journals Democratization and Cooperation and Conflict as well as the policy brief Beyond Projects published by the Friedrich Ebert Foundation. He work as Program Advisor for the PeaceNexus Foundation as well as a consulting practice related to program evaluation and peacebuilding for clients including World Learning, Catholic Relief Services, and USAID. From 2002-2011, he worked as co-representative for Southeast Europe with Mennonite Central Committee. 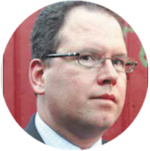 Kurt Bassuener is co-founder and Senior Associate of the Democratization Policy Council (http://www.democratizationpolicy.org), under whose aegis he has published numerous policy briefs, papers, and studies, including two security risk analyses on Bosnia and Herzegovina (in 2011 and 2015). He has worked professionally on Bosnia and wider Balkan policy since 1997 and resided in Sarajevo in 2005-2016. He is currently a Fulbright scholar and PhD candidate at the University of St. Andrews. His ongoing research there focuses on the functional dynamics of postwar power-sharing in Bosnia and Macedonia – particularly how warlord politics are entrenched by such arrangements. His most recent academic publication is “A Durable Oligarchy: Bosnia and Herzegovina’s False Post-War Democratic Transition” in Sabrina Ramet, Christine Hassenstab, and Ola Listhaug’s “Building Democracy in the Post-Yugoslav States,” published by Cambridge University Press in May 2017. 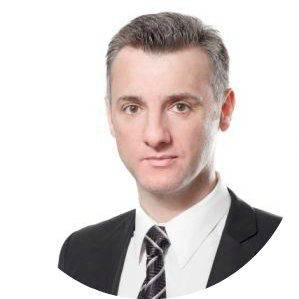 Edin Forto graduated from the School of Media and Journalism at the University of North Carolina at Chapel Hill. After acquiring a master’s degree in international affairs at Columbia University, he worked as a political analyst at Eurasia Group, a consulting firm in New York. In 2003, Edin joined the construction sector in Sarajevo, where he claims he “learned a lot about good and bad in our society.” He worked at the Nexe Group, where he headed multiple companies and projects. After more than 10 years in leadership positions in manufacturing, sales and management, Edin decided to become active in changing BiH politics, and joined the social-liberal political party “Naša stranka.” Today, Edin is an elected representative in the Sarajevo Cantonal Assembly, Vice President of the party, as well as a delegate in the House of Peoples of the Federation of Bosnia and Herzegovina (the upper chamber of the Federal Parliament). 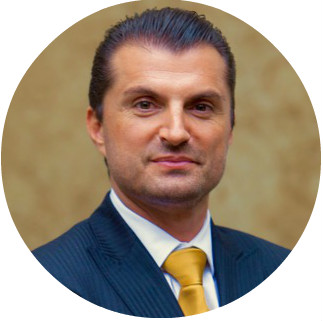 Kenan Hadziahmetovic is a senior executive with over 21 years international experience in power and energy including financial services sectors. As a Managing Director for Repower AG, a Swiss based power and energy company, he was responsible for the setup of their regional Easter European office with focus on power generation project development and energy trading. Prior to working at Repower AG, Kenan was the Managing Director and Partner of vCap Holdings where he led the development of a proprietary FOREX aggregator incorporating feeds from major banks such as Barclays, Citigroup, Deutsche Bank, JPMorgan Chase, UBS, Credit Suisse and more, marketing it to large trading institutions, hedge funds and corporates. Kenan also co-founded 360Training, one of the largest privately held learning technology companies in North America. At ProTrader Securities and Kershner Trading Group, Kenan traded US equities, futures, options, and FX currencies and led a dynamic role in structuring, trading, and managing long-term portfolio to yield maximum results. Kenan starter his career as a Financial Advisor with Morgan Stanley after graduating from The University of Texas at Austin with a degree in finance and international business. 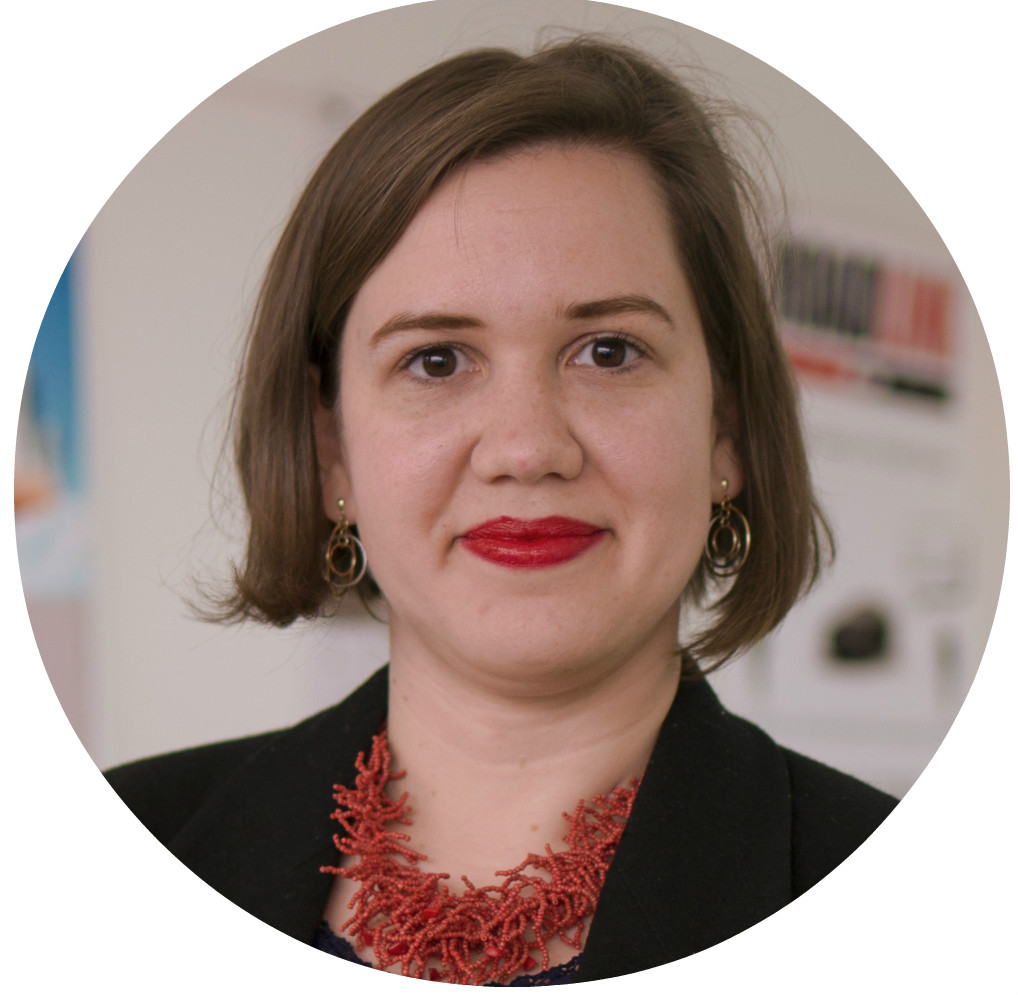 Dženeta Karabegović was born in Banja Luka, BiH, grew up in Germany and the United States, has lived in Sweden and England, and has recently returned to live in Sarajevo, BiH. She holds a PhD in Politics and International Studies from the University of Warwick. Her wider research interests are rooted in international and comparative politics with a particular focus on transnationalism, diaspora, migration, democratization, human rights, transitional justice, and the Balkans. She has done consulting work with both local and international organizations focused on diasporas and development, returnees, education, and civil society and teaches at International Burch University and the Sarajevo School for Science and Technology. She was a U.S. Fulbright Fellow at the Hugo Valentin Centre at Uppsala University in Sweden, holds an M.A. in International Relations from the University of Chicago and completed her B.A. (Hons) at the University of Vermont in Political Science and German with a Holocaust Studies minor. 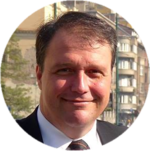 Alex Kuli is a freelance journalist, editor and ghost writer who divides his time between Bosnia-Herzegovina and its onetime colonial overlord, Hungary. A native of Buffalo, New York, he spent most of his formative years in Belgium. Alex holds a bachelor’s degree in American History and Music from Amherst College (Massachusetts) and a master’s degree in journalism from Northwestern University (Illinois). He has worked in various capacities for news outlets including CNN, Bloomberg News, the Associated Press and Balkan Insight. Alex speaks Hungarian, French, a smattering of German, and is struggling to decipher the impenetrable language Bosnians call Naš. 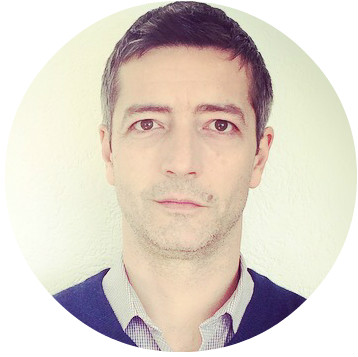 Leonid Lucic was born in Sarajevo, Bosnia and Herzegovina. He came to the United States in 1992 to finish his senior year in high school as an exchange student. He holds an MBA degree in International Management at Thunderbird and a B.S. in International Business, with a minor in Finance from the University of Bridgeport, Connecticut. Mr. Lucic worked for American Express Bank Ltd. as Manager of Strategic Planning and Business Analysis. At the beginning of 2012, Mr. Lucic has moved with his family to his native city Sarajevo, BiH and joined Sberbank BH d.d. retail division where he was responsible for the management of key projects for retail business, budgeting, performance tracking and business intelligence. In 2013 Mr. Lucic became Director of McGrath and Arthur d.o.o., a credit management and collection service provider. In 2015 Mr. Lucic joined GoodWill Consulting Group, consulting for EU grants, as an Executive Director and forms a wholly owned subsidiary in Sarajevo. 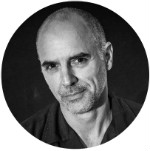 Writer, producer, director Christopher Peditto studied drama at Carnegie-Mellon University, and with Robert Lewis (co-founder of The Actors Studio in New York City), before co-founding igLoo Theatre in Chicago, in 1985. As producing artistic director of igLoo, Peditto directed plays by Sam Shepard, Luigi Pirandello, Rainer Werner Fassbinder, Antonin Artaud, Dario Fo & Franca Rame, as well as the critically-acclaimed Chicago premiere of Lee Breuer’s A Prelude To Death In Venice. He adapted and directed premieres of John Fante’s The Saga of Arturo Bandini (Igloo, Chicago), Jim Thompson’s The Killer Inside Me (Off-Broadway, Currican, New York City) and Charles Bukowski’s Pulp (Off-Broadway, SoHo Rep, NYC). From 2000-2015, Peditto worked as a producer at HBO, creating award-winning original content for HBO.com, including interviews with Stephen Frears, Helen Mirren, James Gandolfini, Susan Sarandon and Jessica Lange, among many others. Peditto made his feature film directorial debut with Light and the Sufferer. Starring Paul Dano (There Will Be Blood), the film premiered at the 2007 Edmonton International Film Festival. In 2016, Peditto founded Balkan American Theatre, Sarajevo’s first English-speaking theater. For BAT’s debut production, Peditto adapted and directed the dark comedy Fearing’s Funhouse, based on the life and poetry of Kenneth Fearing. The play premiered in November 2016 at Club Monument, Sarajevo. It will be released as the feature film Fearing in Sarajevo, in 2018. He just directed Michael Ende’s fantasy classic The Neverending Story, which premiered at Pozoriste Mladih Sarajevo in March 2018. Peditto has been a guest teacher at the Academy of Performing Arts, in Sarajevo, and a guest lecturer at the International University of Sarajevo. 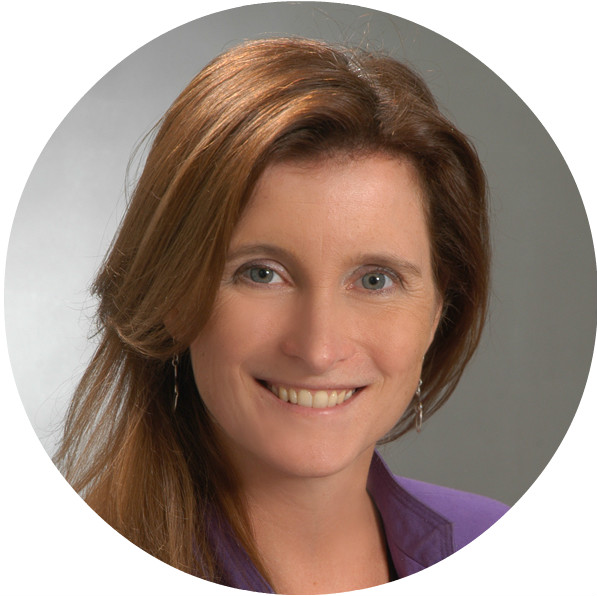 Valery Perry has worked in South-East Europe since the late 1990s, conducting research and working for organizations including the NATO Stabilization Force (SFOR), the European Center for Minority Issues (ECMI) and several NGOs. She worked at the OSCE Mission to Bosnia and Herzegovina in Sarajevo from 2004 – 2011, as Deputy Director of the Education Department, and Deputy Director of the Human Dimension Department. She worked as Chief of Party for the Public International Law and Policy Group (PILPG) in Sarajevo, implementing a project to increase civil society engagement in constitutional reform processes in Bosnia and Herzegovina. She has worked as a consultant for the UN Office on Drugs and Crime, the UN Development Program, the Regional Cooperation Council, USAID, IMPAQ International and other organizations, and is a Senior Associate at the Democratization Policy Council. In autumn 2017 she joined the OSCE Mission to Serbia working on a project to prevent and counter violent extremism. She has taught graduate level courses in a conflict analysis and reconciliation program at the Sarajevo School of Science and Technology. Valery received a B.A. from the University of Rochester, an M.A. from Indiana University’s Russian and East European Institute, and a Ph.D. from George Mason University’s Institute for Conflict Analysis and Resolution. Valery has published numerous articles and book chapters, and has spoken at conferences and policy events in the United States and throughout Europe, and has testified at the U.S. Congress. In 2015, Ashgate published a book she co-edited with Soeren Keil, entitled, Statebuilding and Democratization in Bosnia and Herzegovina.

Kasey Vannett was sent to BiH in February 1996 by Catholic Relief Service (CRS). It was supposed to be a 6-month assignment but 20 years later she is still here. At CRS she worked in public relations and as a project manager for civil society. Following that, she spent 13 years with USAID as the Public Information Coordinator. In 2009, she left USAID to become an entrepreneur and opened her first L’Occitane En Provence shop in Sarajevo’s BBI center. Since then, she has opened two more shops in the city. Prior to coming to BiH, Kasey worked as a full-time and freelance writer and editor for publications such as Hispanic Magazine, Times of the Americas and the Washington Post. She earned a BA in International Development from American University and an MA in Latin American Studies from Georgetown University. Her favorite job is being the mother of Denis, 14 years old and Benjamin, 11 years old.

Prof.Dr.Harry I. Miller, widower, was born Feb. 22, 1939 in Chicago. He and his two adult daughters, Lejla and Alica are all university professors of mathematics. He lived mainly in Sarajevo from 1969 until his death in December 2018 and had double citizenship – the U.S. and BiH. He taught at 12 universities , was editor-in-chief of the Sarajevo Journal of Mathematics, and a foreign member of the ANUBiH (the Bosnian Academy). The main feature of his professional life was research mathematics and mathematical education. He worked toward aiding BiH in its efforts to be a modern functional state.